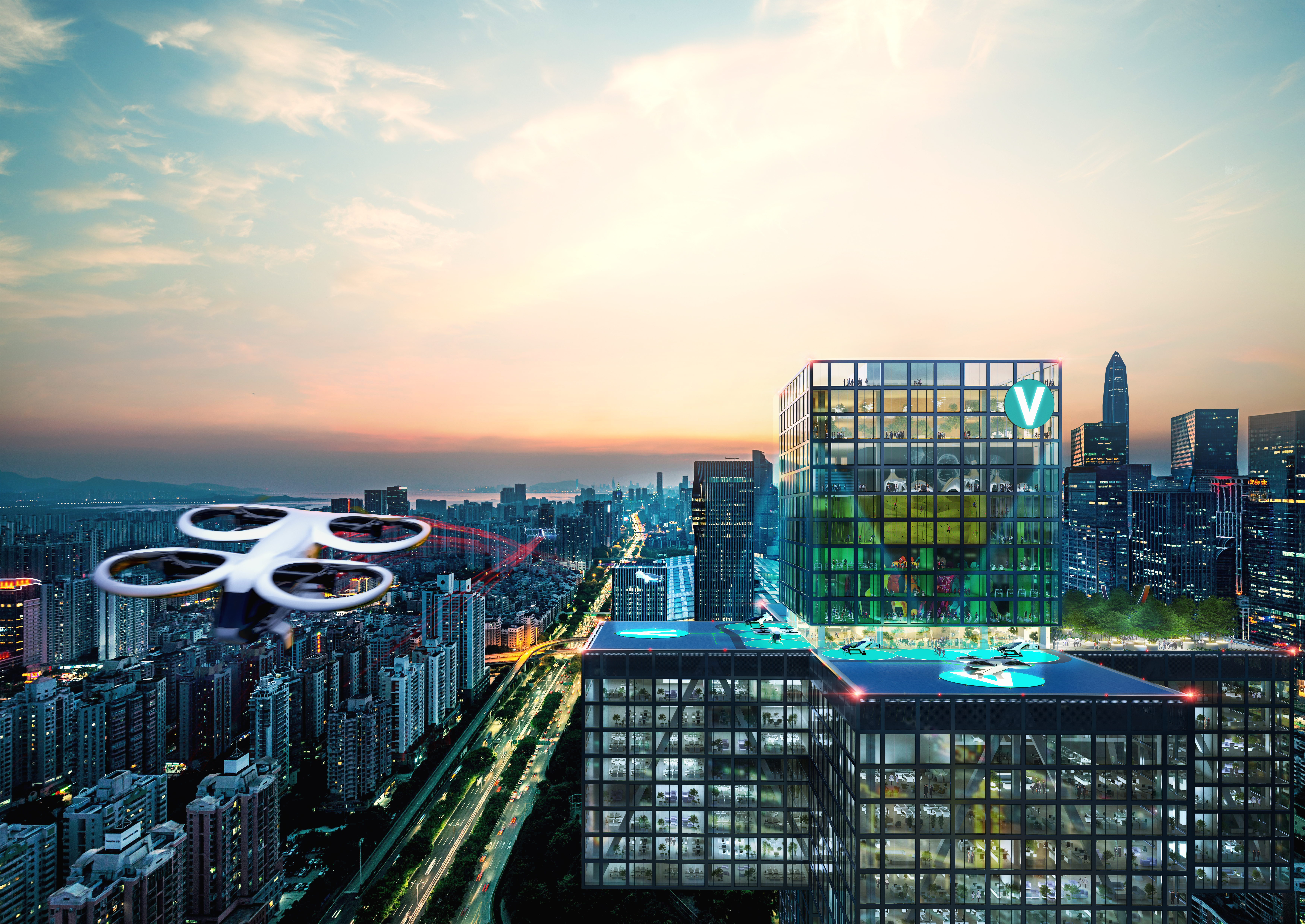 New research highlights how, when implemented with urban principles in mind, urban air mobility (UAM) can reconnect territories with minimal impact, and deliver a multi-modal system that is accessible to, and beneficial for, people of all backgrounds.

Partners in the study include, Airbus, which operates on-demand helicopter service Voom and MVRDV, a design firm, which supported Airbus in exploring strategic urban development scenarios that leverage UAM as an opportunity to grow cities around the globe into thriving urban regions.

RELATED: How cities around the globe approach 'new mobility' 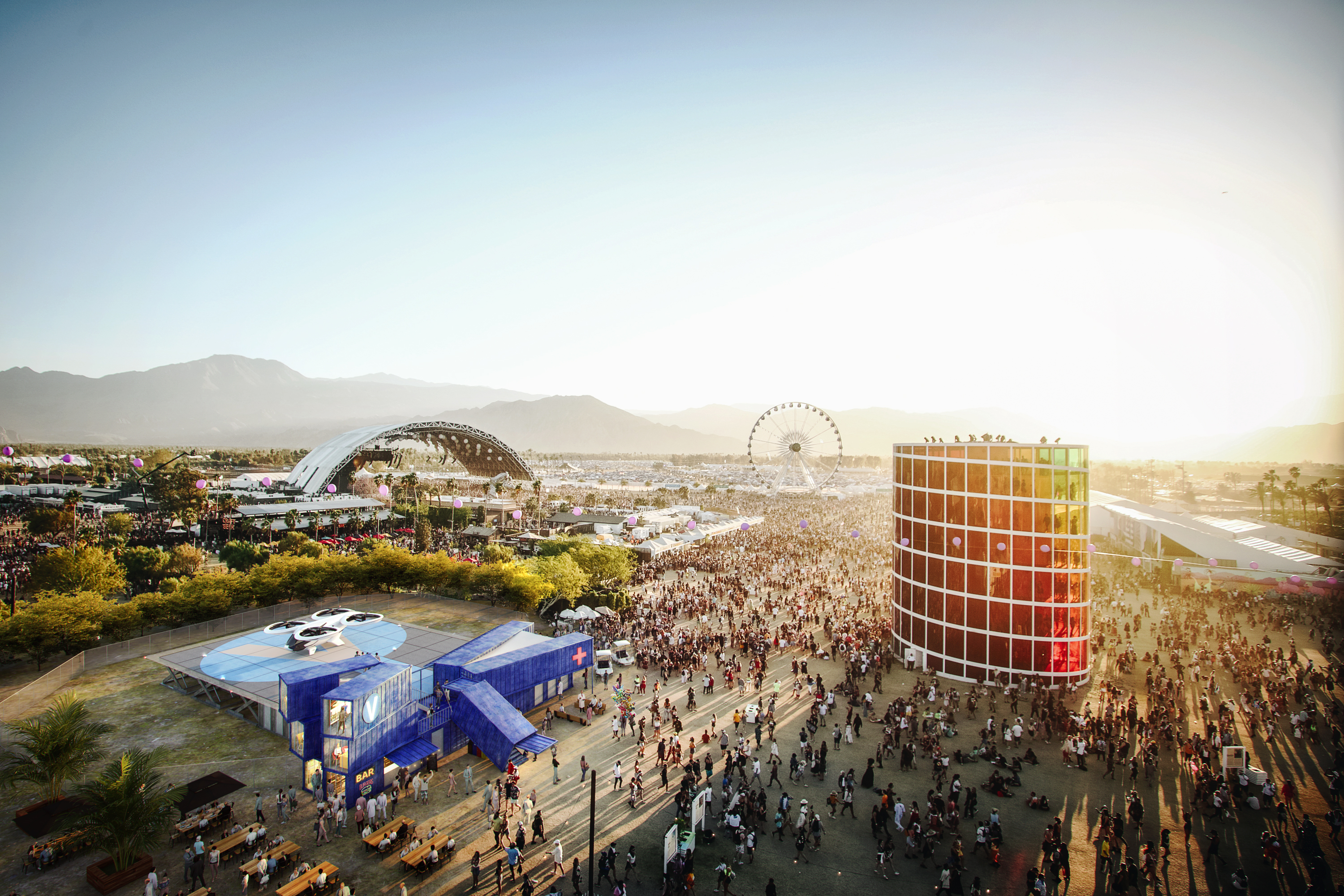 UAM can be used to facilitate access to temporary events such as the music festivals like Coachella (rendering pictured). © MVRDV

The vertiports have been designed as catalysts for urban improvement by addressing the question of resources and impact as a foundational step in their integration process. Vertiports are thought of not just as stations, but also as hubs of renewable energy, data, and public amenities, that can scale while remaining sustainable and resilient. Air transport incentivizes an ecologically responsible contribution to the local smart grids of energy and data.

“As cities become denser and technologies improve, it becomes increasingly clear that the truly three-dimensional city — one that includes flying vehicles — is surely one of the city models of the future… a city where my mobility is at my balcony.” says Winy Maas, founding partner of MVRDV.

"It becomes increasingly clear that the truly three-dimensional city ... is a city where my mobility is at my balcony.”

On a broader scale, the research investigates the potential of future UAM networks within cities. It recognizes that UAM should not seek to replace cities’ existing transport infrastructure, and acknowledges the short-term business case for UAM as a service that connects major transportation hubs such as airports with business centers. However, it also looks towards a more mature stage in the technology’s implementation. The research concludes that once UAM is well established with an extensive network of vertiports, it could serve as an interesting contributor to a mobility system of discrete and distributed modes that complement rail or road infrastructure.

RELATED: Flying taxis could transform our cities if we set right rules

A mature network of vertiports could:

Communicating this nuanced vision for a connected future to the public requires an approach that spans multiple forms of media. In order to create a tangible vision of what such a future might look like, MVRDV and Airbus developed a number of scenarios based on cities around the world that show how vertiports could be integrated into a variety of urban scenarios. 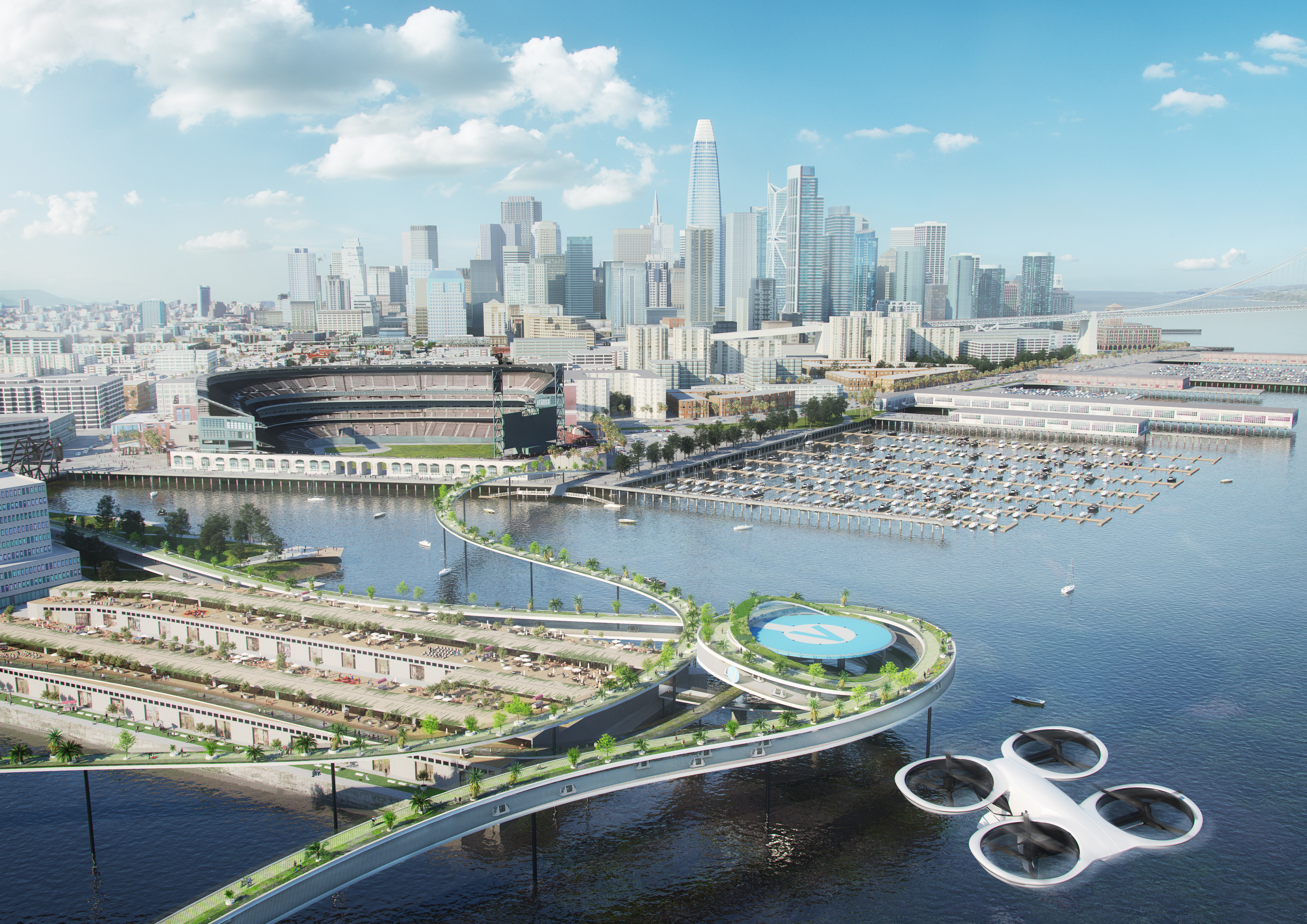 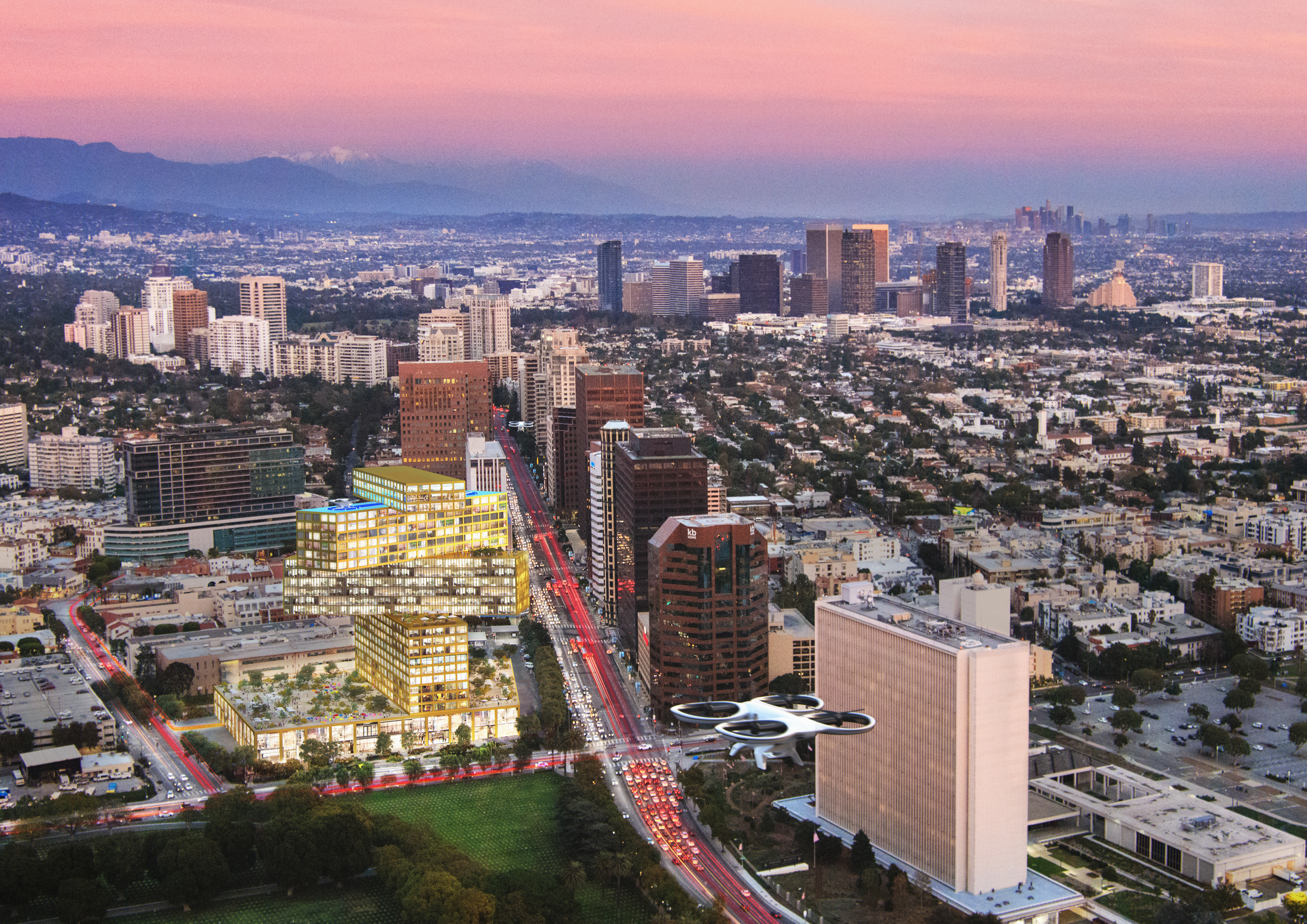