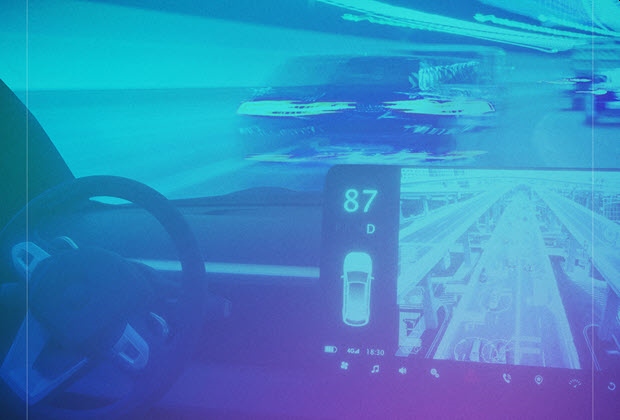 Seven in ten (72%) U.S. adults would feel safer riding in a self-driving car if they had the ability to take over control if something goes wrong. AAA

A new AAA survey on automated vehicles reveals that only one in ten drivers (12%) would trust riding in a self-driving car. Even more Americans — 28% — don’t know how they feel about the technology, signaling consumers are stuck in neutral on the road to accepting self-driving cars. AAA believes consumer sentiment of automated vehicles will be driven by tangible information on key issues and, equally important, quality education and experience.

Consumers told AAA that they have a desire to see more news stories or public information on key issues surrounding self-driving vehicles like safety and liability:

“Consumers have made it clear what it will take to overcome their doubts — consistent and transparent information — which will help make them feel safer about the idea of riding in a self-driving car,” said Greg Brannon, AAA’s director of Automotive Engineering and Industry Relations. “[The survey] tells us when people have the opportunity to take back control or even build their understanding of how this technology works, they are much more likely to embrace it.”

RELATED: Americans would rather drive themselves than use AV

Americans specifically voiced their opinion on what would make them feel safer about self-driving cars. Those results include:

“Knowing how people truly feel about self-driving cars will help the industry to identify the steps needed to move consumers towards greater acceptance,” continued Brannon.

The Automobile Club of Southern California’s Automotive Research Center has evaluated vehicles with partial autonomous vehicle technology and has found that while the technology has benefits, it is not flawless.

Today, there are partial or semi-automated vehicles on the road. However, a fully automated fleet is still decades away. AAA conducts research like this study and others to help inform and encourage the industry, media and policymakers to find ways to help consumers connect better with advanced vehicle technology.