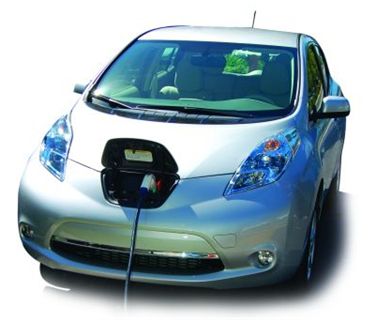 The line to buy the all-new Nissan LEAF is 20,000 people long and growing. If you're not on that list, and you're not a celebrity or politician, you'll have a hard time getting to drive the battery-electric vehicle (BEV) anytime soon-unless you rent one.

Enterprise and Hertz have launched electric vehicle rental initiatives and are working with manufacturers, charging station providers, municipalities, NGOs, corporations and car sharing divisions to help scale up BEV use.

Hertz is planning an early 2011 launch of the LEAF, while Enterprise will begin receiving 500 LEAFs to rent through its network of neighborhood locations in December. Enterprise also recently announced an agreement with CODA Automotive, an independent electric vehicle maker, to rent a select number of its all-electric sedan in 2011.

In Europe, Avis Europe announced a partnership with Nissan-Renault to rent four of Renault's upcoming electric models in 2011, while Europcar has plans to rent the Peugeot iON and Citroen C-Zero, both based on the all-electric Mitsubishi i-MiEV.

The Nissan LEAFs will initially be available to customers across markets where the infrastructure is being built to support them. For Enterprise, those markets are Phoenix, Nashville, Tenn., San Diego, Los Angeles, San Francisco, Portland, Ore., and Seattle. Hertz and Enterprise are placing charging stations at BEV rental locations.

Though the actual driving experience should be almost transparent to the driver, there will be inherent challenges to renting this brand-new technology.

Who Will Rent the LEAF?

● Early adopters in the market for a retail BEV purchase who will seek out the LEAF for an extended test drive.

● Replacement vehicle renters who live and work in the local community. "They'll see an electric vehicle on the lot," says Broughton, "and their curiosity will get the better of them."

● The experienced local Enterprise renter who wants to "drive the future." 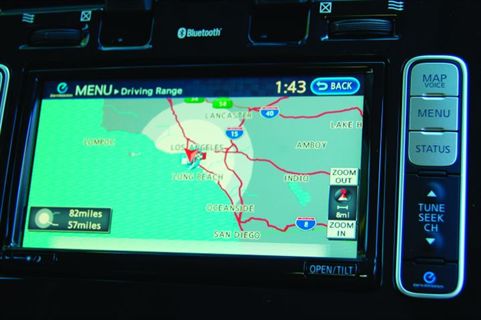 "Range anxiety" has quickly become a phrase in the electric vehicle lexicon. Will renters get stranded on a dead battery?

Broughton believes that the nature of the neighborhood rental-local renters who live close to the branch and know the area-will mitigate the possibility of running out of juice. "Our neighborhood locations are ideally situated within the community," he says.

Educating the customer is a key component, Broughton adds. Explaining range limitations and how to charge at home (the LEAF comes with an onboard charger that plugs into a standard 110-volt outlet) will be part of the vehicle checkout and walk through. The branches renting the LEAF are also the ones renting hybrids. "Our employees in those locations have gotten used to handling some of the newer technology," Broughton says.

Overall, a market adjustment is taking place as the public becomes familiar with electric vehicles and adjusts driving patterns accordingly. In Enterprise's internal tests of the LEAF, "We had gotten used to what a tank gives us in mileage," Broughton says, noting the statistic that 75 percent of America has a 40-mile average daily commute, well within the LEAF's 100-mile range.

Enterprise and partners are also tackling the issue from the infrastructure and technology side. LEAF renters can locate a charging station, determine by color code if it is in use, and reserve it directly from the touch screen in the car. Hertz will program its NeverLost GPS system to locate charging stations. 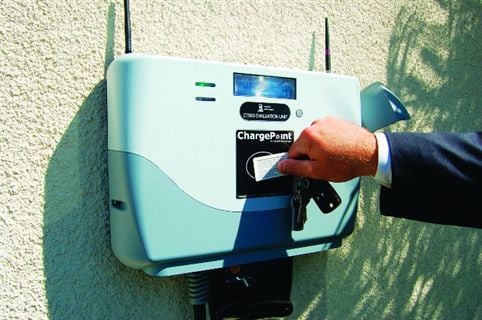 Coordinating the Charge Up

Enterprise renters will be able to reserve the LEAF online similar to how they reserve a hybrid, says Broughton.

Nonetheless, the branch will have to coordinate the recharge with the next reservation of the vehicle, which will present a logistics challenge. Each Enterprise location renting the LEAF will be equipped with a Coulomb CT500 Level II charging station, which will fully charge the vehicle in four to six hours. 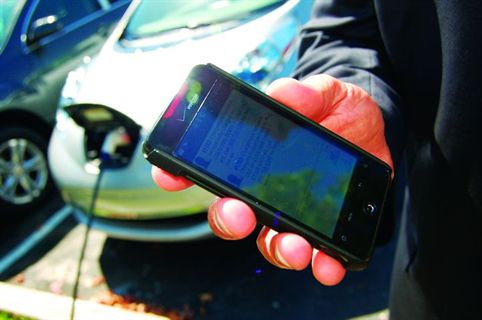 In the beginning of the rollout, Broughton says it's likely that Enterprise will limit advanced reservations to the mornings to allow for an overnight charge. The branches will strive to keep a LEAF fully charged to allow for an impromptu rental as well. "Naturally we will be learning more about streamlining the rental process for these vehicles as we begin introducing them," Broughton says.

How Much to Rent One?

Enterprise says it will take a deposit on a LEAF rental, as it does for other models, though the company has not yet determined how far in advance reservations can be made. As per its standard rental policy, however, Enterprise will not charge a no-show fee for an abandoned reservation.

Broughton could not comment specifically on rates, but said that the purchase price of the LEAF and the costs to install the charging stations are factors. Enterprise has no special deal with Nissan and is paying retail for the LEAF. Certainly, the reduced cost to power the vehicle is also part of the pocketbook equation for the renter, Broughton says.

"There's likely going to be a [rental rate] premium, more in line with the way the hybrid [is priced]," he says.

When the vehicles are de-fleeted, Enterprise will return the LEAFs to Nissan for possible further research.

Can This Be Profitable?

The introduction of BEVs to Enterprise's rental fleet furthers a portion of Enterprise's environmental sustainability platform, Broughton says. Part of that corporate mission, Broughton explains, is "to ensure that the passenger vehicle remains acceptable to society ... and to ensure that alternative fuel technologies are economically viable in the market."

Implementing new technology, especially that which helps the environment, are not always in line with immediate profits. However, Broughton says profitability is integral to the equation: "It isn't going to be sustainable if it isn't operationally effective."