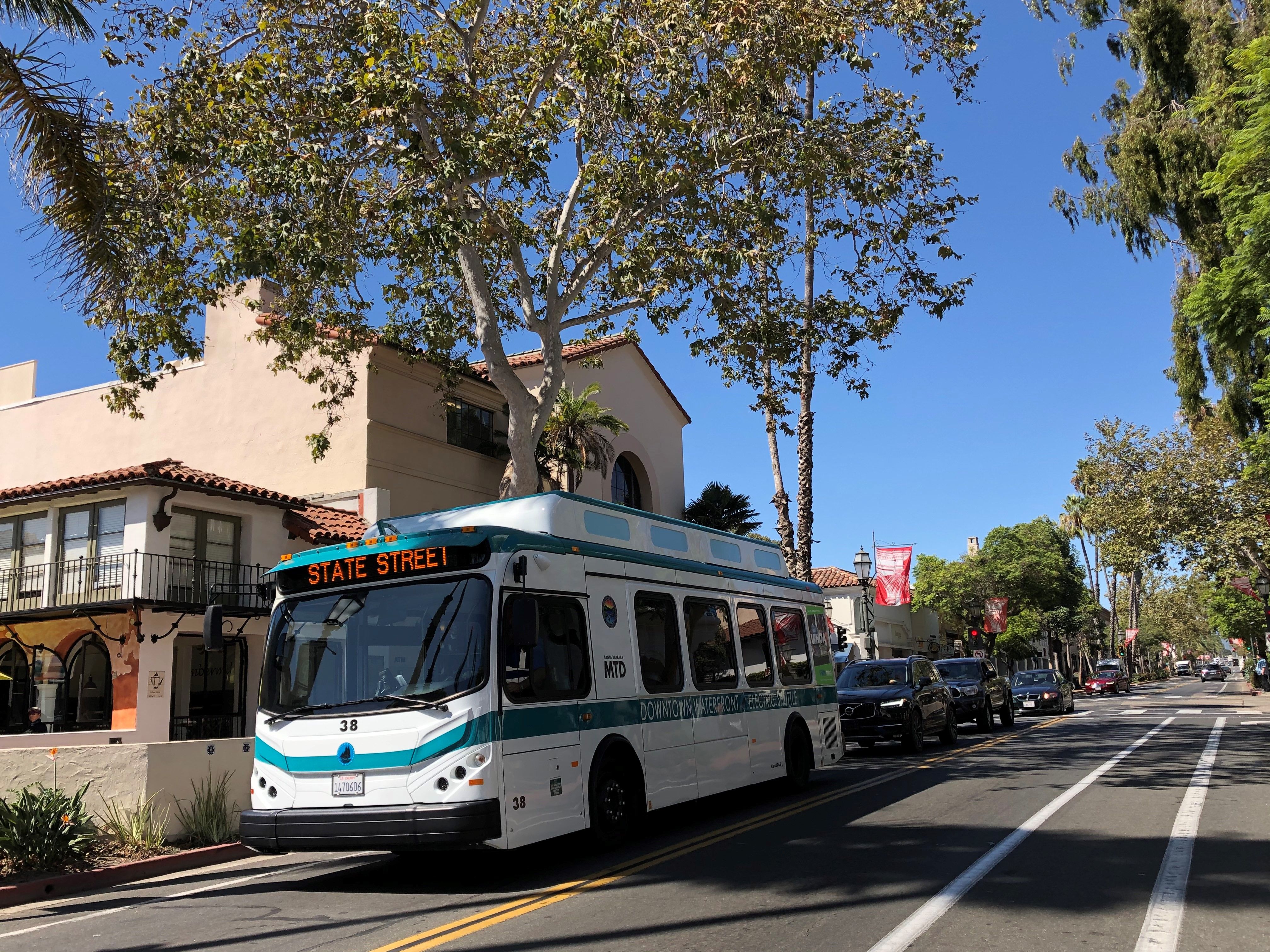 Santa Barbara MTD is revamping its transit facilities master plan and planning its transition to BEBs in order to meet the goal of being 100% zero emissions by 2030. Stantec

Zero-emission buses (ZEBs) are finding their place in transit circles by offering the opportunity to shift away from fossil fuel-powered bus fleets, whether through government mandate or as an agency-driven plan. ZEBs reflect a global trend to modernize fleets, reduce greenhouse-gas emissions, and make public transit a cleaner, friendlier transportation option.

There are two types of ZEBs: Battery Electric Buses (BEB) and Hydrogen Fuel Cell Electric Buses (HFCEB). There’s a lot more to integrating either of these technologies into a transit fleet than simply buying a different kind of bus — it involves a systematic shift in the way a transit agency operates. As a result, some early adopters have found challenges in balancing a large-scale operation and high-quality service.

Agencies that decide to make the move to ZEBs must manage at least two types of propulsion technologies until the transition is complete, which could take a decade or more. The procurement process will take on a new level of strategy, as infrastructure will have to be roughed in with scheduled capital expenditures. Parts, fluids, and warehouse support will all need to be evaluated, and staff trained in relevant technologies including both legacy and ZEB propulsion. As a result, the era of ZEBs may bring fleet operators much closer to senior management levels as operations become more vertically integrated. Transit agencies will need to become more adaptable and flexible to bring their game-changing technologies on board.

1. Procurement
As mentioned, there’s a lot more to bringing ZEBs online as part of a bus fleet than purchasing a different type of vehicle.

Establishing performance metrics and metrics for vendor support can be valuable for managing procurement, documenting progress, and making informed decisions down the line.

2. Financial
The cost of ZEBs may present a challenge — BEBs are roughly twice as expensive as diesel buses and HFCEBs are about four times. This obviously has a capital expenditure impact, but it will potentially impact insurance premiums for the fleet.

When planning for the financial impacts of ZEB integration, transit agencies can match infrastructure spends with scheduled procurements, maximizing efficiency, while avoiding overinvesting in infrastructure.

When planning for the financial impacts of ZEB integration, transit agencies can match infrastructure spends with scheduled procurements, maximizing efficiency, while avoiding overinvesting in infrastructure.

3. Regulatory
While some regulatory impacts of ZEBs — like hard-and-fast spare ratios — are still being developed, there are existing requirements that will need to be approached differently.

For example, drivers cannot exceed a certain number of hours worked in a day. If buses need to return to the maintenance facility partway through their route for recharge, then driver changes, shuttles, and route planning will have to be integrated accordingly. Some of these issues may relate to collective agreement language and operating practices.

4. Maintenance
Irrespective of propulsion type, a transit agency with insufficient buses to meet pull-out is one that is of no use to its customers. Without a doubt, there will be challenges in the introduction of new technology. 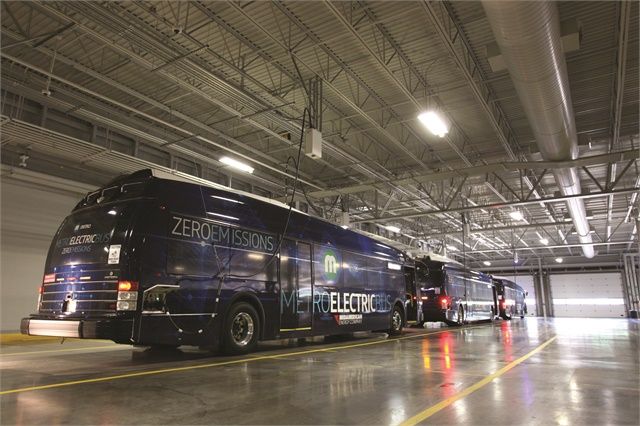 A decision between plug and overhead charging will need to be made when considering electric bus infrastructure. Proterra

Maintenance routines will transition. Distance- or time-related routines associated with propulsion-based fluid and filter changes will diminish and eventually disappear. New inspection routines with the new propulsion will emerge. An impact on shop routines, scheduling and staffing and labor hours in the shop will occur. It is a fact that regenerative braking, already apparent in diesel-electric hybrid buses will expand the distance between brake reline events. This will save downtime and labor/material costs.

External business practices may also change. Depending on resources and size and established routines, maintenance/shop routines and collective agreements, shop routines and contracting out maintenance/repair functions may be impacted.  For example, heavy engine rebuilds sent to OEM dealers and jobbers would diminish and then disappear.

These changed routines will affect associated personnel and parking arrangements. Again, the transition period will be dynamic with changes occurring over a period of time in tandem with the fleet propulsion profile.

Once the transition to the new propulsion is completed, and the ZEB type vehicles mature in technology, the complexities may decrease.

Moving public transit into the future
ZEBs provide an opportunity to shift technology and workplace culture, but also the agency’s relationship with its customers. Taking action to integrate a clean, quiet, sustainable fleet of service vehicles makes a statement on the commitment of the agency to a positive transit experience and contributing to more sustainable communities. These attributes can serve to grow the ridership level, which in turn, can increase the proportion of farebox recovery towards operating costs.

Taking action to integrate a clean, quiet, sustainable fleet of service vehicles makes a statement on the commitment of the agency to a positive transit experience and contributing to more sustainable communities.

This statement can be leveraged to paint a new image for transit in the city — through refreshed branding, a fresh coat of paint, or upgraded uniforms. Bringing ZEBs online communicates a shift in values, and that shift can be communicated in other community-building ways as well.

From a macro level, we see ZEBs as an opportunity to reinvigorate the concept of public transit in a way that meets the values of younger generations and “transit greening” priorities. Integrating ZEBs into transit fleets certainly presents some challenges, but the benefits to operations and to the agency as a whole are worth consideration.